It’s already been a month since Trixie moved in and we can’t imagine our home without her anymore. We have a near permanent soundtrack of soft (and loud!) snores, the pitter-patter of uneven steps, and meows for attention. Trixie has her favourite chair on which she spends easily 85% of her time and a scratching block that she shreds to her heart’s content. Trixie loves sitting on our lap, but only when it is on her own terms – and don’t even try picking her up, that will get you an automatic Hiss. Trixie spends the early morning hours exploring the apartment, smelling every nook and cranny, and sometimes dares an adventure outside on the balcony before savely returning to her favourite chair. She also likes drinking water from the shower.

Routine is important to Trixie, as is a _very clean _litter box. Trixie has gotten into the habit of notifying us when she has been to the bathroom, so that we can go and clean it for her. This took a few weeks to figure out and a chair has been sacrificed, but the sacrifice was easily worth it. 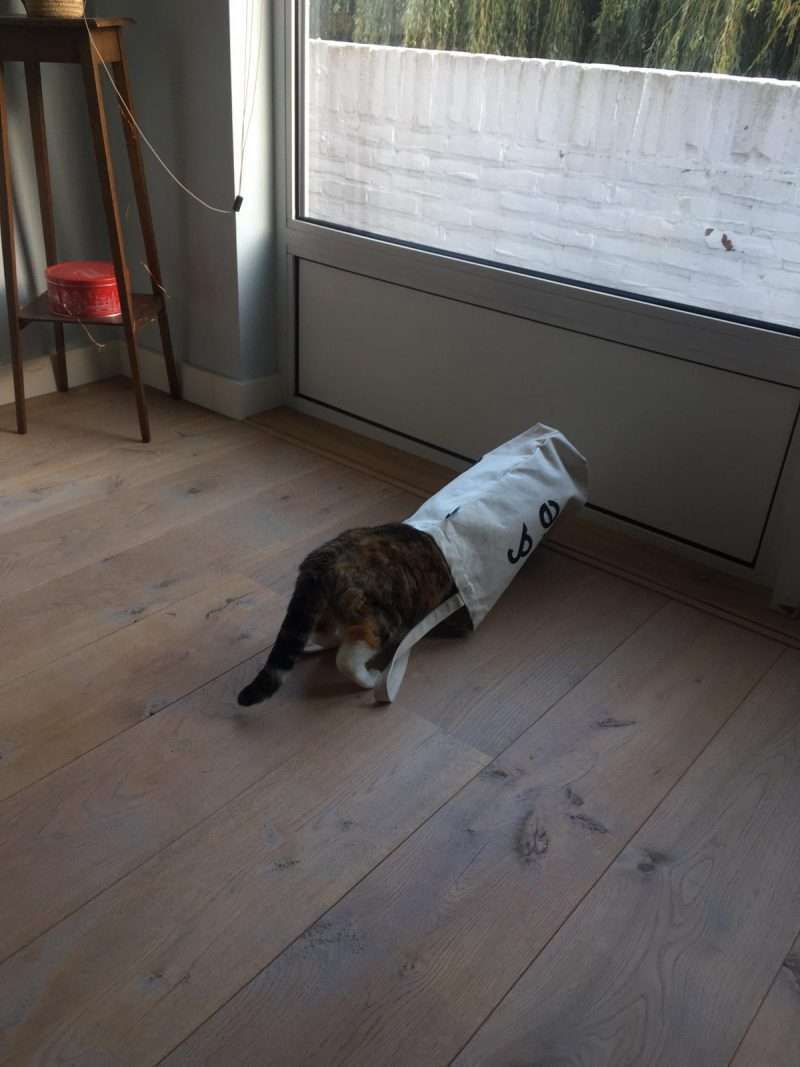